As the stars begin to primp and prep for the Academy’s big night, here at Literary Traveler we are still sipping coffee in our pajamas as we announce the year’s big winners.  While the results of the Oscars may be kept under wraps for a couple more hours, we won’t keep you waiting any longer.  The fix is in and while some of these adaptations may not be receiving accolades from the Academy, we think they deserve acknowledgment for their spot on representation of some of our literary favorites.

While Jennifer Lawrence may be cleaning up in the awards department for her portrayal of Tiffany Maxwell in Silver Linings Playbook, our voters have spoken and decided that Bradley Cooper deserves his share of the spotlight for his humorous and endearing portrayal of Pat Solitano, Jr,

Which is why our first Fauxscar, for “Best Character Portrayal by an Actor” goes to Bradley Cooper! 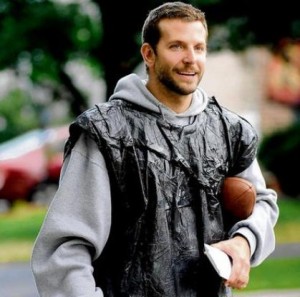 *
Luckily for Jennifer Lawrence, the acting nods at the Academy Awards are split into “Leading” and “Supporting” categories, because audiences can agree that Anne Hathaway’s Les Miserables‘ performance, however brief, was the ray of musical sunshine in the adaptation of the popular classic.  Here at Literary Traveler, we believe some of the best characters written are not necessarily the main protagonist in the work, which is why we chose not to split the category in two.  Sorry Jennifer! (Editor’s Note:  Good luck, Jen, fingers crossed for you!)
The Literary Fauxscar for “Best Character Portrayal by an Actress” goes to Anne Hathaway as Fantine! 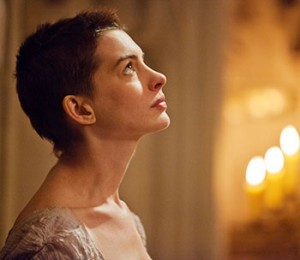 Best Character Portrayal by an Actress: Anne Hathaway as Fantine (Les Miserables)
*
The selection of Literary Love Stories portrayed on film this year has been wide ranging and dare I say, epic.  From an unrequited high school crush, a sweeping nineteenth century extramarital affair, an unbeatable team forced into a dystopic death match, a couple crazy vampires living happily ever after and a couple facing tragedy and finding humor and each other.  We couldn’t choose just one if we tried, and turns out neither could anyone else.  We have a tie!  It all comes down to the ill-fated affair portrayed in a long-loved classic and our favorite baker and badass, joining forces in a contemporary young adult juggernaut. (Which is sure to be a staple in the Fauxscars for the next couple years)
So we are excited to award the Fauxscar for  “Best Portrayal of a Literary Love Story” to Anna Karenina and Count Vronsky  AND Katniss Everdeen and Peeta Mellark!  May the odds be EVER in their favor 😉 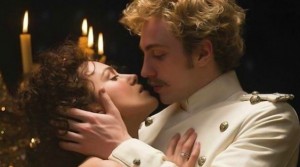 Best Portrayal of a Literary Love Story: Anna Karenina and Count Vronsky (Anna Karenina)
AND with a tie! 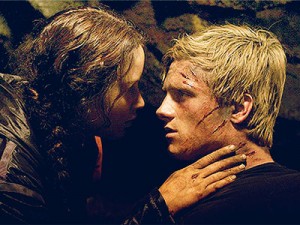 Best Portrayal of a Literary Love Story: Katniss Everdeen and Peeta Mellark (The Hunger Games)
*
As Literary Traveler contributor, Antoinette, put it so eloquently:  “Every scene [of Life of Pi] is a visual indulgence. It is breathtakingly beautiful. I could have watched the thing on mute like a 2003 Windows Media Player sound Visualizer (you remember those right?)… It was, in addition to being a thoughtful and thought-provoking film, a display of artistry.”  It appears that voters agreed!
Therefore, the Fauxscar for “Best Visual Representation of a Novel’s Setting” goes to Life of Pi. 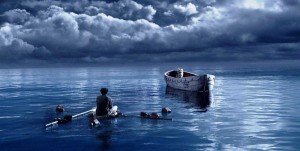 Best Visual Representation of a Novel’s Setting: Life of Pi
*
While the movie captured (a little too well) the expanse of time and space Pi felt on the open sea, the movie is almost an acceptable alternative to reading the book…after all, author Yann Martel, is in the movie, playing the interviewer who becomes friends with grown-up Pi, played by the amazing Irfan Khan.

The Fauxscar for “Best ‘Almost as Good as the Book’ Film” also goes to Life of Pi. Best “Almost as Good as the Book” Film: Life of Pi
*
Beating out the final installment of Twilight  to take this award would be a huge feat, had this been an MTV award show… but here at Literary Traveler, it was no contest.  The Hunger Games may be a YA series, but it is thought provoking, exciting, and presents a female protagonist that we can all be proud of.
The Fauxscar for Best “Young Adult” Adaptation goes to The Hunger Games. Best “Family Fun” Adaptation: The Lorax
*
We love ourselves some Tolstoy, and reading his original masterpiece, Anna Karenina,  is a commitment all bibliophiles should make at some point in their life, but alas, pushing 800 pages, it is a commitment.  In the meantime, check out the 2012 film version as a teaser — it seems that our readers agree that it is one of the best adaptations of the year.
The Fauxscar for “Best Adaptation of a Classic” goes to Anna Karenina. 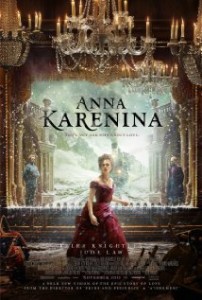 Best Adaptation of a Classic:  Anna Karenina
*
Sweeping the first annual Fauxscars like Katniss with a cross bow, The Hunger Games is a force to be reckoned with.
The Fauxscar for “Best ‘Guilty Pleasure’ Adaptation” goes to The Hunger Games. 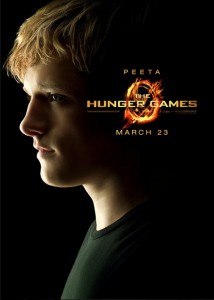 Best “Guilty Pleasure” Adaptation: The Hunger Games
*
Literary Traveler contributor, Amanda, would not stop gushing about this film until the entire staff agreed to see it.  It appears that voters are on her side (or she is somewhere maniacally stuffing the ballot box — just kidding, this film definitely stands on its own merits!)
The Fauxscar for “Best ‘Stand Alone’ Film” goes to Silver Linings Playbook. Best “Stand Alone” Film: Silver Linings Playbook
*
Looking forward to the fabulous adaptation coming in 2013, from a new YA favorite, Beautiful Creatures, to a Helena Bonham Carter led Great Expectations reboot.  While both sound fabulous, this award was nearly unanimous and it seems that we are not alone in our uncontainable excitement over the 2013 adaptation of F. Scott Fitzgerald’s Jazz Age masterpiece.
Without further ado, the Fauxscar for “Best Anticipated Literary Adaptation of 2013” goes to The Great Gatsby. Best Anticipated Literary Adaptation of 2013: The Great Gatsby
On that note, until next year… Let us know in the comments section if you agree with this year’s winners, or if your favorite was snubbed. Thanks for joining us and we will be tuning in to the Oscars tonight to see how our favorites fare with the Academy!
Total
0
Shares
Share 0
Tweet 0
Pin it 0