This post contains spoilers for the films Before Sunrise and Before Sunset. 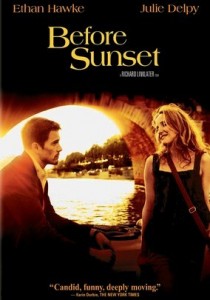 I am not usually a fan of sequels.  For me, they feel like forced afterthoughts or a way to cash in on a previous success.  Very much like literary adaptations, they are often watered-down renditions that fail to do justice to the original work. But there are always exceptions to every rule, and it so happens that one of my favorite films, Before Sunset (2004), is a sequel to Before Sunrise (1995), another one of my favorite films. Therefore it should come as no surprise that I was absolutely ecstatic when I heard the recent news that Ethan Hawke and Julie Delpy just finished covertly filming a third installment, Before Midnight, this past summer.  The first two films came out nine years apart, and if Before Midnight is released in 2013 as planned, another nine years will have passed.  If only for the sake of cinema, let’s hope the Mayans are wrong.

The series, directed by Richard Linklater, begins in Before Sunrise with Jesse (Ethan Hawke), an American twentysomething backpacking his way through Europe, meeting Celine (Julie Delpy), a French grad student, on a train bound for Paris.  The two feel an instant connection and he convinces her to get off the train with him in Austria, where they spend the entire night together wandering through Vienna.  It sounds cliché, and as a woman, relatively dangerous.  The chance of me disembarking a train with a stranger in a foreign country is highly unlikely, even if he does look like Ethan Hawke.  I’ve seen Taken and my dad, though amazing, is no Liam Neeson. So, sad to say, if I am fated to meet my soul mate this way, I will have to come to terms with the missed connection and a future full of cats.  Luckily for Jesse (and viewers), Celine does not share these fears.

Linklater takes a plot that at first glance seems like a formulaic rom-com and turns it completely on its head.  For one, although the attraction is there from the beginning, the characters are smart and level-headed.  She might get off the train with him, but Celine is far from a starry-eyed ingénue.  It is in fact a film of dualities, with an attitude about love that is romantic and cynical at the same time.  The film unfolds over the course of one night and besides a lot of talking not much appears to happen.  Yet by the end of the film even the most cynical spectator becomes swept up in a dreamy Gatsby-esque notion of love.  However it isn’t all flowers, rainbows and green lights on the ends of docks, because these characters are not hopeless romantics drinking poison and falling on daggers at the thought of being apart.

They are a far cry from Romeo and Juliet and I only hope that the Twilight generation stumbles across these films at some point. Unlike Edward and Bella, Jesse and Celine know from the start that they are on different paths and when the morning comes they will go their separate ways and live their separate lives.  Celine is not going to quit school and move to America as easily as Bella agrees to give up being a human. They are not dramatic about it, and therein lies the beauty.  As they say goodbye without exchanging last names or telephone numbers in a pre-Facebook world, there is this sense of sadness in the knowledge that they are making a mistake. Yet the film leaves you with hope of their meeting once again in Vienna six months to the day and time.

This only makes the 2004 sequel even more wrenching.  Before Sunset opens with Jesse on a book tour in Paris promoting a novel inspired by Celine.  The question on everyone’s mind: did the two meet again?  Like Vienna in the first film, Paris becomes a third character as the two wander around the city in real time, the eighty minutes Jesse has before his flight back to the US.  Almost a decade has passed and while the first film is ripe with the promise of youth and the ending full of potential, the second film finds the two in their thirties contemplating the regrets that led them to the present moment.

The ending of Before Sunset is beautifully ambiguous, leaving it to the audience to decide the fate of these much loved characters.  The Guardian calls the final scene “one of the most tantalizing and ingenious endings in all cinema.” As Celine dances goofily around her living room impersonating Nina Simone, Jesse watches rapt from the sofa.  She, in character as Simone, purrs “Baby, you’re gonna miss that plane.”  He barely registers her words, replying with a simple, “I know.”

Each of the films can stand alone, but viewed sequentially they paint a brilliantly hazy and bittersweet rendition of real life where love, no matter how true, does not necessarily conquer all.  And, as the films posit, maybe that is the point.  In Before Sunrise, Celine tells the story of her grandmother, who “spent her whole life dreaming of another man that she was always in love with…she just accepted her fate.”  In response Jesse muses, “I guarantee you it was better that way…I am sure he would have disappointed her eventually.”

As I anticipate the release of Before Midnight, I am reminded of one of my favorite moments from Ernest Hemingway’s The Sun Also Rises.  As Brett and Jake are pushed together in a taxi, Brett laments, “we could have had such a damned good time together” to which Jake responds, “isn’t it pretty to think so?”

I imagine it’s the same for Jesse and Celine. Or maybe, in Before Midnight, they will finally get their happy ending.

For Literary Travelers planning trips abroad, The Worldwide Guide to Movie Locations offers detailed information on each of the locations utilized in Before Sunrise (Vienna) and Before Sunset (Paris). 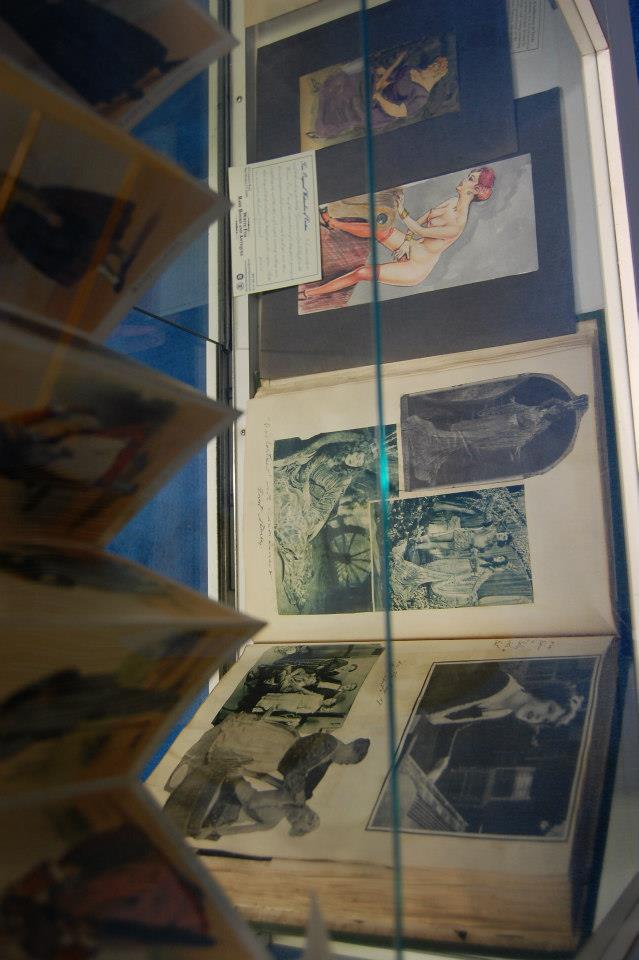