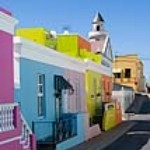 Of course, this is Black History Month at LT, and we’ve been honoring African American writers.  But we’d like to change it up a bit and honor a literary tradition and writer that come from the exquisite continent of Africa.  Since we live in a global world, we’ve all seen documentaries on Africa–the heartache mixed with hope.  The vivid costumes, face paint and body piercings of tribal life.  The trendy fashion industry, the extravagant safaris, the golden pyramids …

We’d like you to explore two countries with us in particular: Ghana and South Africa.  Writer Hannah May travels to Ghana to attend the wedding of a close friend.  Once there, she discovers she has fallen in love with the people and the culture, and especially the folklore and oral literary tradition, of Ghana.  May says:

When I left Africa, I was speechless. Several tears spoke for me. I had only spent just shy of a month on the continent, but it was an extraordinarily defining experience that both affirmed and reformed me.

Join May on her journey in The Oral Literary Tradition of Ghana: Folklore & Proverbs.

As for South Africa, J.M. Coetzee, a white Afrikaner, writes about the turmoil and racial divide in his native Cape Town.  It is a country marred by the scars of prejudice and hatred.  Writer Nicholas J. Klenske discusses how Coetzee dissects the violent rift between the black South African and the white Afrikaner in his literature.  Klenske says:

Perhaps like no other post-apartheid novel, Disgrace introduces the reader to a new Cape Town and South Africa – one that finds itself engulfed in a different type of violence and conflict. Instead of the perfection many hoped to see after the fall of apartheid, in Disgrace all races, individuals and even Cape Town itself find themselves feeling disgraced.

A brave South African, Coetzee searches the darkness to find the light.  He examines every part of apartheid–before, during and after.  And he recognizes that his country is still healing.  To read more, take a look at J.M. Coetzee’s Warring Cape Town.

Behind The Article: Anne Frank Lives On

To Timbuktu, A Young Couple's Honest Portrayal of Travel

Writers of the West Indies