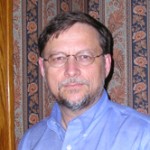 There’s a part of black history that no one likes to talk about; however, without this history we would not have insightful literary black voices, narratives and stories passed down from generation to generation.  We’re talking about that dark time in American history known as slavery.

Blighting our past is an era when blacks were sold into slavery, some dying by the whip or torture of their slave master, some living in hell their entire lives and some escaping to freedom, only to find more prejudice and racial divide in the North.  In honor of Black History Month, we acknowledge those who rose out of fear and darkness to write about this most turbulent time.  There was one writer in particular who gave the first black character in literature a soul.  And the writer was not black.  He was Mark Twain.

A few years ago, I had the privilege of interviewing Terrell Dempsey, a writer who did what no one else had–he delved into the history of black slavery in Twain’s hometown of Hannibal, Missouri.  This was unprecedented and a monumental task.  Dempsey’s findings were incredulous, including that Twain’s family kept slaves, but Twain himself had a transformation and resented slavery and all it stood for.

Every time I read Dempsey’s interview and article, I’m fascinated by the shocking facts and extent of black slavery in Twain’s Hannibal.  So please, join us in American history by reading A Revealing Interview with Terrell Dempsey and Finding Mark Twain’s Hannibal.  As a bonus, join our publisher, Francis McGovern, on the Mississippi River on the historic Delta Queen steamboat, which included a stop in Hannibal.