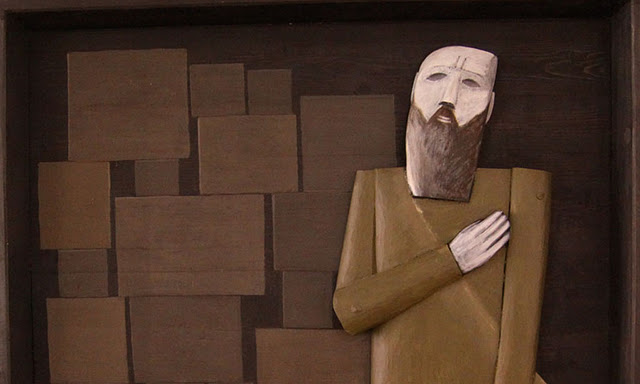 Please enjoy an accompaniment to Literary Traveler’s November 5th article by Veronica Hackethal, Becoming Dostoyevsky. This addition of Behind The Article is packed with existential quandaries inspired by the man himself.

Literary Traveler: You give the impression that being unwary is especially dangerous in Russia? Why do you think that is, and do you think it’s a theme of Dostoyevsky’s work?

Veronica Hackethal: The word “unwary” seemed best to describe my experience of a winter-time dawn in St. Petersburg. During night, we are asleep, unwary of the world around us. The December dawn creeps over St. Petersburg, encroaches so gradually that if you don’t have a clock, it can be difficult to realize that dawn is occurring. This can be very disorienting.

I think that being unwary (thoughtless, unalert, unmindful) is dangerous in and of itself, not just in Russia but everywhere. Someone who is unwary is indeed asleep. Not having a sense of oneself, one’s relationship with the larger world, and the effects of one’s actions on others is a very dangerous state of being. One cannot, then, predict one’s actions to future events, or even to one’s own behavior.

An example is Raskolnikov’s reaction to having murdered the pawn broker. Though he had rationally thought out the murder beforehand, he was unaware of the power of his conscience, unaware of his irrational reaction to having committed the act. Through introspective wandering, he grapples with his conscience, and takes responsibility for his actions. It is through the compassion of Sonia’s love that redemption is ultimately found, another of Dostoyevsky’s major themes. In The Idiot, he wrote, “Compassion is the chief and perhaps the only law of human existence.”

LT: Where do you think the Underground Man exists in contemporary literature and art? Can we suffer from existential crises today, considering our propensity toward technology, specifically technologically expressed human emotion?

VH: You mean “Do I still exist if no one responds to my facebook posting?” Just kidding. Regarding Dostoyevsky’s influence on existentialism in contemporary writing, where do I begin? Some consider Notes from the Underground to be the first existentialist novel. Its descendants include Camus’ “The Stranger”, Sartre’s “Nausea”, Ralph Ellison’s “The Invisible Man” and Richard Wright’s “The Outsider.” Films like “Clockwork Orange”, “The Matrix”, “The Eternal Sunshine of the Spotless Mind”, and “Up in the Air” all contain elements of existentialism. Then there is the Theater of the Absurd: Samuel Beckett’s “Waiting for Godot” and Sartre’s “Huis Clos”. And don’t forget Tom Stoppard’s “Rosencrantz and Gildenstern are Dead”. More recent books that contain elements of Dostoyevsky’s existentialism include “The Unbearable Lightness of Being” by Milan Kundera, and my recent favorite “Super Sad True Love Story” by Gary Shteyngart.

I think that Dostoyevsky predicted the existential crises from which we suffer today. In his later work, one of his preoccupations was with science and technology: the accoutrements of modernity are inadequate substitutes for religion, love and human understanding. I wonder if the rise of religious fundamentalism is a backlash to the inability of science and technology to assuage the irrational in us. There is alienation and loneliness in connecting virtually with others. But I wonder, do issues of existentialism even register with us anymore? Are we too overloaded with information, rushing too much to keep up with the mundane (e.g. bullet-point top ten lists) to question the meaning of our lives?

LT: I’ve never been to Russia, is it equally stark and opulent? Can you characterize your trip through St. Petersburg in a passage from one of Dostoyevsky’s novels or essays?

VH: I suppose my essay could be considered a light-hearted nod to Dostoyevsky’s wandering, introspective characters, like the narrator in “White Nights”, Raskolnikov in “Crime and Punishment”, or Stavrogin in “The Possessed”. Here I am wandering aimlessly, almost dreamlike, in this unknown city where I can’t speak the language and where I don’t know anyone. Do I really exist as I thought I had? How do I define myself? Much of independent, solo travel is like this. At such times, the insights into oneself and others are particularly valuable.

I think the following passage from “White Nights” sums up the alienation and loneliness of suddenly becoming a wandering outsider, a foreigner in a society into which I’d plopped down by way of Aeroflot:

“For though I had been living almost eight years in Petersburg I had hardly an acquaintance. But what did I want with acquaintances? I was acquainted with all Petersburg as it was; that was why I felt as though they were all deserting me when all Petersburg packed up and went to its summer villa. I felt afraid of being left alone, and for three whole days I wandered about the town in profound dejection, not knowing what to do with myself. Whether I walked in the Nevsky, went to the Gardens, or sauntered on the embankment, there was not one face of those I had been accustomed to meet at the same time and place all year. They, of course, do not know me, but I know them. I know them intimately, I have almost made a study of their faces…”

That said, Russia is beautiful, and I encourage readers to visit! In the last decade, many of the buildings neglected during Communism have been spiffed up. My jaw dropped when I saw the extravagant buildings along Nevsky Prospekt. The Bolshoi recently reopened after a six year, billion dollar renovation. The Hermitage, Mikhailovsky, and Stanislavsky theaters all sparkle. So, I would say the word for Russia today is opulent. What is stark about Russia is past history, Soviet times, and the sky during winter. The food can also be a bit wanting.

LT: Please briefly elaborate on the significance of a crossroads in Dostoyevsky’s life and work with a historical or literary example.

VH: Aside from living at a physical crossroads during the last years of his life, Dostoyevsky lived at a time of rapid change, a crossroads of history, when Russia was deciding whether to turn toward the rationalism, industrialization and modernism of the West, or to conserve the traditional Russian culture embodied in the mysticism and faith of Russian Orthodoxy. Cross roads are places of transition, liminal zones, and are dangerous places in many cultures. Dostoyevsky’s preoccupation with crossroads as opposite extremes can be seen in the dualities he develops in his writing, the themes of Western materialism vs. Russian spirituality, rational vs. nonrational, sacred vs. profane. Many of Dostoyevsky’s characters grapple with such dualities; they live at crossroads, in a metaphorical sense. These themes can be seen in the moral struggles of The Brothers Karamazov. The patricide can be taken to symbolize the death of the tsar and traditional Russian society. Ivan’s atheism/rationalism is juxtaposed with Alyosha’s faith, while Dmitri grapples with the guilt produced by his sensualist/materialist ways.

The Many Metamorphoses of Prague