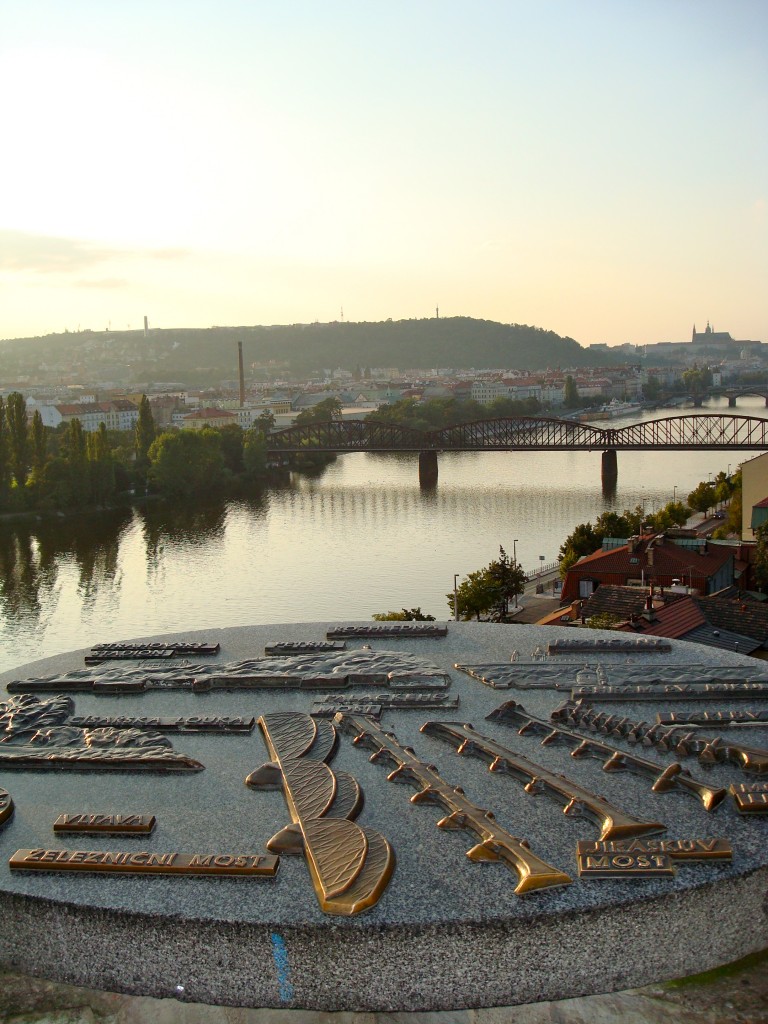 Sitting in a beer garden atop the ancient Vyšehrad courtyards, my host, Radka took a swig of pilsner and began, “A friend once asked me, ‘What are the Czech people like?’ And I said, ‘Czechs, we just don’t bother.” She laughed before elaborating. “We work hard, but all we want is a home and a happy life. We don’t think bigger than that, usually.”

But Radka thinks bigger than that. She’s restless and wants to see the world, which marks another change in a country that has seen so many: a growing generation of dreamers. She is learning Arabic in an effort to learn more about a culture that she believes is grossly misunderstood, and I had to agree.

We peered down at central Prague from across the Vltava River. Punk-rock hippes and young families mingled together on the grass along the cliffside. It was nearly sunset, and night and dreams, like the vivid fantasies of Kafka, would soon arrive.

A bronze statue of Franz Kafka sitting on the shoulders of a headless, limbless man stands in the city of Prague. It represents a dream that he had, which is described in one of his earliest short stories, “Description of a Struggle,” published in 1909, six years before The Metamorphosis.

Critics often dismiss Kafka’s “Struggle” as one of his lesser works – unpolished and adolescent. But Prague went through many stages as well before the city reached its bright, shiny state. From the first settlements in the Paleolithic era to the iron fist of the Soviet Union, Prague has survived many dynasties, dukes, and kings. Now it is a lovely tourist sight, but that was certainly not always the case. Perhaps this is why the “Struggle” statue so well represents both Prague and Kafka. 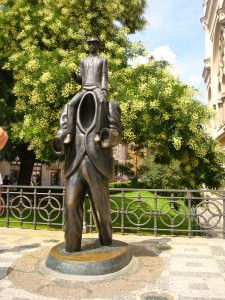 In 1924, Kafka died at the age of 40 from a combination of tuberculosis and starvation at a sanatorium in Vienna, but his body was returned to his true home in Prague, where it remains inside the New Jewish Cemetery, with so many others.

Prague, though, lives on. And Kafka’s “Struggle” is now intrinsically a part of it. He sits on the headless man’s shoulders, witnessing the changing world.

Radka and I left the beautiful Vyšehrad and returned to her apartment 20 minutes from the center. There the buildings shot up from the flat ground in identical cubes with small windows and dull paint – the remnants of communism. Shops and restaurants were rare, not like the vibrant neighborhoods of other cities I’d seen. But inside the apartment, Radka whipped up a delicious regional stew and opened a bottle of Moravian wine. Stories and laughter followed. We weren’t bothered.