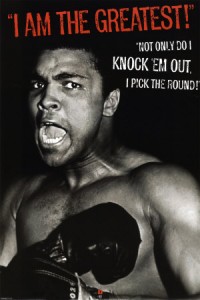 Awards season is fast approaching, which means discussion–from the subway to the water cooler–will revolve around movies, movie scores, movie locations, characters, and this year, books.

2012 has been a spectacular year for literary films, with adaptations of everything from classic literature to young adult juggernauts. Here at Literary Traveler we think it is only fair these adaptations receive an award show of their own…

Welcome to the First Annual Literary Traveler Fauxscars (not to be confused with that other winter award show).

We will accept public nominations, so please send us your favorites via Facebook, Twitter or e-mail and stay tuned for the nominations, which will be posted on January 10th.  After that, make sure to vote before we announce the winners on February 24th!

In order to be eligible, films must have a theatrical release date in 2012, and have been adapted from some form of literary work.  Check out our 2012-2013 Literary Adaptation List for ideas, as well as some of the cinematic releases from this past summer, and of course, a film sure to find its way into a category or two, Anna Karenina.

To help you make an informed decision, we will be posting on our favorites throughout the next two months.  Join the conversation in our comments section. Don’t forget to vote via Facebook, Twitter or e-mail.

And the Categories are…

Best “Almost as Good as the Book” Film

Best “Stand Alone” Film:
Best Film, even if you didn’t read the book

Best “Remake of a Previously Adapted Film”:
Films have already been adapted at least once

Best Character Portrayal by an Actor in a Leading Role:

Best Character Portrayal by an Actress in a Leading Role:

Best Character Portrayal by an Actor in a Supporting Role:

Best Character Portrayal by an Actress in a Supporting Role:

Best Portrayal of a Literary Couple:

Best Book made into a Film:
Regardless of how bad the film may have been!

Most Anticipated Literary Adaptation of 2013:
Upcoming Scheduled Film Releases for next year