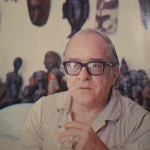 Oh, Brazil.  We all want to go there.  The beaches of paradise, the beautiful people, the hot sand between our toes.  But Brazil offers more than fun and sun.  In fact, it’s downright literary.  There is a great lyricist from Itapua, Brazil by the name of Vinicius de Moraes.  He wrote poetry of Brazilian naturalism and created lyrics to Bossa nova music, which infuses the sounds of Brazilian samba and mellow jazz with a bit of pop.

Bossa nova translates to “a new way of doing things” and Vinicius certainly paved his own way in the Brazilian literary scene.  Seasoned writer (and a once inhabitant of Itapua) Eleanor Stanford discusses Vinicius’ contributions to literature in Brazil:

Literary Traveler: As author of The Book of Sleep, how did living in Itapua, Brazil influence you as a poet?  How does Vinicius de Moraes’ poetry influence yours?

Eleanor Stanford: I was influenced by the language, the landscape, and by the people I met. Vinicius’ poetry is not a direct influence on mine, but I admire his mellifluous and sensual language, in both his poems and his samba lyrics.

LT: Since Vinicius writes in his poetry about the setting of Itapua, do you think Brazil’s natural setting inspires the poet more than, let’s say, the United States?  Or would you disagree with this statement, since in The Book of Sleep, you write about mundane things such as New Jersey and Barbie dolls?

ES: I think it depends on the poet. But any place can inspire poems. It has more to do with the internal state of the writer. That receptive state can sometimes be facilitated by being in an exotic or beautiful location. But it is also highly individual and capricious; a resonant place for one writer might be mundane or ugly to another. And the ideal, I suppose, would be to tap into that inspiration wherever one happens to find oneself.

LT: Are there any other literary sites in and around Itapua, Brazil that you would recommend to our literary travelers?

ES: Downtown Salvador, which is 45 minutes or so from Itapuã, has Fundação Casa Jorge Amado, a museum dedicated to Jorge Amado, Bahia’s most famous literary son.