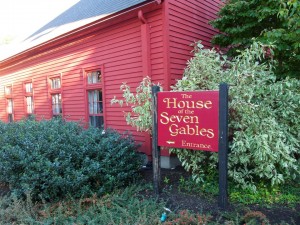 Located on the waterfront in Salem, Massachusetts, The House of the Seven Gables is a higgledy-piggledy pile of secret staircases, parlors and garrets – an eccentric collage architectural styles that has borne the stamp of every owner who lived there. But the strangest thing about the house is that, since the publication of Nathaniel Hawthorne’s famous novel of the same name in 1851, The House of the Seven Gables has been gradually evolving to look more like the house of Hawthorne’s imagination.  As our fabulous and knowledgeable tour guide, Jeff Horton, explains, “in a sense, the fictional novel saved the real house.”

It’s clear that, for Horton, associate to the group tour coordinator of The Gables, this is not just a job, but a personal passion.  Upon learning that we are literature enthusiasts, he insists on running to his car to procure his own 1922 edition of Hawthorne’s book, animatedly pointing out that it was edited by a high school teacher from Somerville, Massachusetts,  Literary Traveler’s home-base.

Horton is extremely well-versed in all aspects of the Turner-Ingersoll House (the official name of The Gables), as well as the Nathaniel Hawthorne House, where the author was born.  The latter was located across town until 1958, when, to the delight of certain Hawthorne enthusiasts, it was transported on a flat bed truck to its present location next door to The Gables.

Originally built in 1668, the Turner-Ingersoll House is the oldest wooden mansion still standing in New England.  Upon the start of the tour we are struck by the low ceilings, built to conserve heat.  Horton segues into an overview of the hardships of seventeenth century living, which far exceed ducking through doorways, and than swiftly recovers our spirits with a little historian humor: “we love history – it’s like The Hunger Games everyday of your life.”

One of the most surprising things that we learn on our tour is that Nathaniel Hawthorne never knew the seven gabled house that he wrote about. Its first owner was the wealthy merchant family Turner, which accumulated a fortune through its involvement with the ‘Triangle Trade’ in China.  In what was to become a tradition of great wealth lost and gained, the house passed from the Turner family to the Ingersoll family, after the third generation Turner squandered the family fortune. The Ingersoll family, in an attempt to adapt the house to a Federalist style, removed four of the seven gables. It was only through his Ingersoll cousin Susanna’s descriptions of the house that Hawthorne conceived of the uncanny seven gabled house of his novel.

And it’s Hawthorne’s book that is the reason the house is preserved today. A fan of the author’s work, Caroline O. Emmerton, who acquired the house in 1908, founded The House of the Seven Gables Settlement Association to commemorate the literature of Nathaniel Hawthorne and educate the community. If Hawthorne’s The House of the Seven Gables house was once haunted by the uneasy ghosts of family (his ancestors were involved in the Salem witch trials), the resident ghost today seems to have the philanthropic and busy spirit of Miss Emmerton. Emmerton replaced the remaining gables, turned the back room of the house into a sweet-shop like the one in Hawthorne’s novel, and used the profits from tours to educate local Polish immigrant children. The Settlement Association still works within the Dominican community to help immigrants today.

With the assistance of the architect Joseph Everett Chandler, who was known for his controversial restorations, Miss Emmerton hammed up the house’s Gothic credentials by restoring the staircase embedded in the house’s chimney as a ‘secret’ one, complete with false paneling and a concealed lever to open the secret door. This staircase was designed as a literal representation of how the novel’s character, Clifford Pyncheon, moved from room to room without being seen. Thus the house’s Gothic elements were, within less than a century of Hawthorne’s death, no longer fearful evidence of the house’s bad karma, but of great literary worth.

As we finish up the tour, I wonder whether this strange house – like so many other mansions before it – has been fixed in this perfected, seemingly final state, nevermore to evolve. As a national tourist site, it would seem so.

However, Horton gives us a more nuanced impression.  In the famous accounting room, typically closed in October due to the heavy flow of tourists, he shows us a map – a battered, old looking artifact that seems to fit perfectly into the room’s furnishings next to an authentic wooden chair.  But we soon learn that the map was created by a museum employee, who baked it in his oven to create its time-worn, weathered look. Horton’s advice says a lot about both the house and our view of history: “You have to be careful when you come to museums”, he warns, “things aren’t always what they seem.” 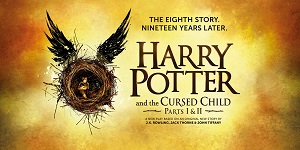