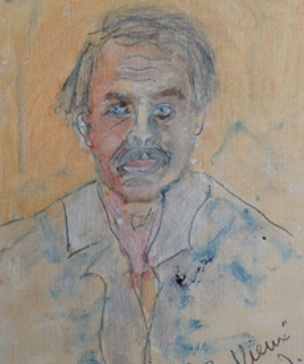 While many are drawn to New Orleans for Mardi Gras, there’s another late Winter festival worth its weight in gold. After all the beads have been tossed and the confetti has been swept away, it’s time for literary travelers from around the world to take over the resplendent city.  March 21st marks the start of the five day Tennessee Williams New Orleans Literary Festival.  The Festival started in 1987 to celebrate the city’s immense literary culture.

According to the press release, “The five-day fête honors the legendary Tennessee Williams, his works, and literary life in the adopted city he called his ‘spiritual home’ and features two days of master classes; a roster of lively discussions among distinguished panelists; celebrity interviews; theater, food and music events; a scholars’ conference; a poetry slam, writing marathon and breakfast book club; French Quarter literary walking tours; a book fair; short fiction, poetry and one-act play competitions; and special evening events and parties.”  With so many events to choose from, five days doesn’t seem like nearly enough time to experience the festival as well as get a taste of all the city has to offer.  In order to squeeze the most into your experience there are a few easy ways to multi-task.

Since no literary trip to New Orleans would be complete without a walking tour of the multitude of literary landmarks that cover the city, make sure to get your fill with Heritage Literary Tours.  Led throughout the year by retired University of New Orleans Literature professor Dr. Kenneth Holditch, as part of the Festival he will be offering a tour that focuses on landmarks relating to Tennessee Williams in particular.

As for accommodations, there is no shortage of literary culture at the historic Hotel Monteleone, which is offering a limited number of rooms at a discounted rate for attendees of the festival. The 125 year old hotel is a literary landmark in and of itself, as it was once frequented by Truman Capote, William Faulkner, Eudora Welty and Williams himself, as well as being featured in the writing of Ernest Hemingway in “The Night Before Battle.”  Suites at the hotel now bear the names of Welty, Williams, Faulkner and Hemingway.  The Hotel Monteleone also offers a Literary History Walking Tour, which spotlights the hotel’s place as a literary landmark.  Led by local historian Glenn De Villier, the tour begins and ends in the hotel’s Carousel Bar, which was a favorite of Williams’ and immortalized in the works of Williams, Hemingway and Welty.

In lieu of souvenirs, do a little shopping while experiencing further literary heritage by visiting Faulkner House Books, located at the site of Faulkner’s 1925 residence, where he wrote his first novel, Soldiers’ Pay.  This new and used book store specializes in Faulkner, Williams, and Southern Literature with an emphasis on New Orleans and Louisiana. Faulkner House is a national literary landmark, and for book lovers and history aficionados, not to be missed.

Williams once said, “if I can be said to have a home, it is New Orleans, which has provided me with more material than any other part of the country.” So, take a page from the literary sentinel and find inspiration in the sites and sounds of the city of New Orleans.  Whether traveling to New Orleans for the Festival, or just to experience the city’s rich culture, there is no time like the present to book your trip.

The Loss of a Teardrop Diamond