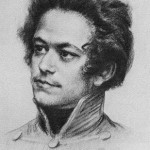 Karl Marx is a controversial figure.  Some people grimace with the mention of his name while others celebrate his contributions to political history.  Marxism was a political ideology that swept through Europe and still exists today in some forms, even in democracy.  We may not embrace Marxism fully, but whether or not you realize it, you may be engaging in a Marxist principle … and liking it!

For this installment of “Behind The Article,” we asked Steven Hermans, writer of our latest article entitled Karl Marx’s Revolutionary Brussels, about Marxism today and politics in Belgium:

Literary Traveler: As you discussed in the article, Karl Marx’s communist vision had appeal with the poor masses.  In this deep recession, do you think communism will have a comeback?

Steven Hermans: Having traveled extensively in the former Soviet Union, I can safely say that communism is well and truly dead. Although the good sides of communist society are underreported in the West, I don’t think the idea of a dictatorial rule is appealing to anyone anymore, not to mention communism’s economic and environmental problems. Marxism however is alive more than ever, as we can see in the global protests against bankers, stock traders and multinationals, and with the demise of capitalism as we know it I see socialism making a comeback.

LT: How do Belgians view their current political system?

SH: It’s always tricky to speak about Belgians, since the country is so deeply divided between the Dutch-speaking and the French-speaking part. To generalize, I think most Belgians look at the current anarchy with apathy. Belgians are not patriotic people: as long as they and their families are doing fine, the state’s wounds can continue to fester.

LT: Since you live in Brussels, are there any literary sites you would recommend?

SH: I recommend the Comic Strip Museum. Belgium has a long and rich history of comics and graphic novels, and it is often referred to as the ninth art in Belgium and France. If you are not interested in comics, you can still admire the magnificent building: the Wacquez warehouse built by the famous architect Victor Horta in 1906. It’s the most beautiful Art Nouveau building in Brussels in my opinion.