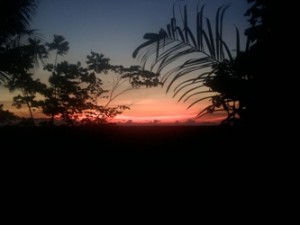 I’ve always thought that one of the most wonderful things about traveling is how it pushes us to new experiences, to try things we never could have predicted we would do.  As cliche as it may sound, travel does broaden one’s horizons; it opens the mind to new traditions, new cultures, new people.

In our newest feature article, author Kelly Jean Egan journeys to South America, where she does something she had never done before: ayahuasca.  Ayahuasca (which literally means “rope of the dead” or “vine of the soul”) is a drug popular with writers and thrill-seekers.  Traditionally, it is taken to clear the mind and purge the body.  Peru has become the center of ayahuasca tourism – in which people from other cultures take part in the ritual ingestion of the plant-based drug – and this is where Egan goes to try the trip.

Though you will have to read our article to find out how it all ends for Egan, the idea of drug tourism is actually a rather interesting one.  Here in the United States, drugs are something of a fascination – yet they are depicted in movies and books as at once both dangerous and glamorous (think Scarface).  However, in many cultures, drugs play an important part in religious rituals.  For some, smoking peyote or ingesting ayahuasca is not a rebellious act – it’s a spiritual one.  We’re not going to claim that drugs are good, but to engage in an ancient ritual, and to expand one’s horizons while traveling – well that can be good, even if it is through means illegal in our home countries.

And on a far lesser note, I was speaking yesterday with my brother, who had just returned from a trip to Sweden.  While all of his stories were interesting, I was particularly surprised to hear this: “I had the best rum of my life.  It was illegal.”  Curious as to why one type of liquor would be illegal, I pursued the topic a little.  It turns out that U.S. citizens are currently barred from drinking Cuban liquor – even while abroad in countries where trade embargo does not apply.  My baby brother had broken the law!  And according to his account, he loved it.

As demonstrated by my sibling’s experience and by Kelly Jean Egan’s trip, travel can sometimes lead us into unexpected places, both within the outer world and within.  It can take us into jungles and up to the top of the world, but it can also help us delve into the innermost parts of our own minds.  To learn more about ayahuasca tourism, please check out Egan’s piece: Peruvian Amazon Ayahuasca’s Influence on Great Writers.