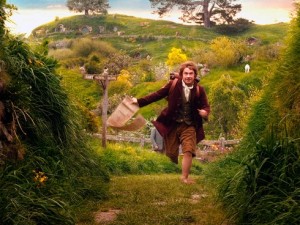 When Peter Jackson took on the gargantuan task of adapting Tolkien’s Lord of the Rings series for film, he sparked fear and excitement in the minds of million fans. There are few series quite as beloved amongst both children and adults as the Middle Earth trilogy, yet, somehow, Jackson managed to do the literary marvel justice. His cinematic trilogy was sweeping, moving, and awe-inspiring. It won awards and inspired many a trip to New Zealand, a nation that saw its magical landscape larger-than-life on the big screen. The films were by no means perfect, but they were a fitting tribute to the novels.

So it was with great expectations that I entered the theater for an afternoon screening of The Hobbit: An Unexpected Journey. Directed by Jackson and starring Martin Freeman as Bilbo Baggins, Ian McKellen as the wizard Gandalf, and Andy Serkis as the sneaky Gollum, this film covered only the first third of the novel (a fact I had learned weeks earlier, much to my disappointment). While the story may not have needed to be stretched out into three installments—I suspect financial reasons were behind this decision more than artistic ones—there is quite a lot of ground to cover. The film opens with a voice over, describing the shire and Bilbo’s life before the “unexpected adventure.” Bilbo, as we quickly learn, is a quiet hobbit who likes fine food, a warm fire, and comfortable nights spent at home. His likes include smoking a pipe, his nice china dishes, The Shire, and dancing. His dislikes include noisy dwarves, physical exertion, and leaving The Shire.

But Bilbo, that sweet summer child, isn’t going to spend his life getting fatter and fatter off his well-stocked larder. No, Bilbo is in for a surprise, which begins when the mysterious Gandalf marks his door, inviting a coven of dwarves in for a raucous party that double as a political strategy session.

If you’ve read the novel, you know exactly what comes next. Bilbo gets drawn into the adventure, neither against his will nor entirely with it. He is the 13th member of their party, the much-needed thief that will steal the dwarves treasure and help defeat the dread dragon Smaug. The little hobbit has a heroic role to play, but whether or not he is truly up to it remains to be seen.

For the film ends long before Bilbo ever meets Smaug. This may be my greatest quibble with the adaptation. Though not entirely true to the book (I was particularly disappointed when Bilbo gets caught by some idiotic foragers who turn stoney when faced with a little trickery), the film largely stays on Tolkien’s course. There are few moments that prompted me to whisper angrily to my boyfriend “that wasn’t in the novel!”

Rated just 65% on critical aggregator Rotten Tomatoes, The Hobbit has been torn apart for its sleek Hollywood styling and its overdrawn plot. And while entertaining, I found the movie rather underwhelming. It’s a fun movie, but the voice-overs have begun to grate on my nerves, and in some ways, it feels a little too reliant on its theatrical predecessors. The Hobbit didn’t feel quite as invigorating as the Lord of the Rings movies; the feeling of excitement and newness is gone, and Jackson does little to replace them. Furthermore, I felt that certain scenes were lacking in whimsy. The most child-friendly of all Tolkien’s novels, The Hobbit always felt lighter than the others, full of clever riddles and goofy rhymes.

All in all, die-hard fans of the novel might take issue with the slight changes to the plot, but even Tolkien scholars will enjoy the unexpected journey. 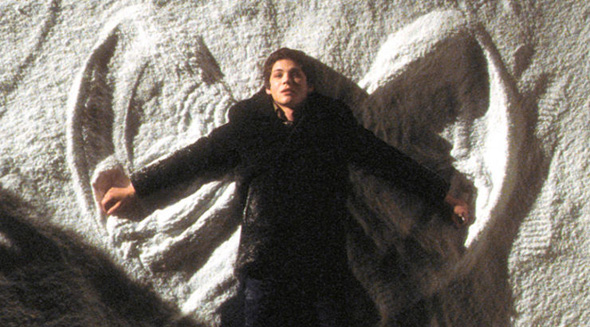 Fauxscar Nominee: The Perks of Being a Wallflower