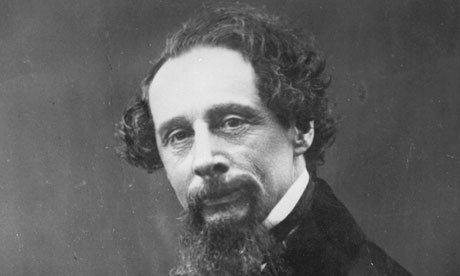 Looking for a literary adventure to kick off 2012?  February 7th marks the 200th anniversary of the birth of Charles Dickens.  With celebrations going on around the globe, there is no excuse not to toast to the birth of the literary great.  With a website dedicated to promoting the events far and wide, participating in the celebration is only a click away at Dickens2012.org.

For those looking to take a jaunt across the pond, there is no better way to celebrate than a trip to England, where the coming year is brimming with Dickens related festivities.  From film retrospectives to theatrical adaptations to a plethora of exhibitions, with a handy color-coded events calendar, you can plan your itinerary before you depart.

Looking for fitting accommodations?  Book your stay at The Lion Hotel in Shrewsbury, UK, where Dickens’ himself once stayed.  The hotel is hosting a festival the weekend before the author’s birth.  Check in on Friday, February 3rd and you’ll arrive just in time to hear Gerald Dickens, Charles’ great, great grandson, perform his one man show about his famous family member.  On Sunday, February 5th stick around for a day devoted to the film adaptation of Dickens’ A Christmas Carol, which was filmed in Shrewsbury.

On February 7th, move the celebration to Portsmouth, UK.  After all, it was in a suburb of Portsmouth that Dickens was born 200 years ago to the day.  Here local celebrations run rampant commemorating the literary giant.  Stay at The Dolphin Hotel in Old Portsmouth and take part in a four course birthday dinner featuring a Dickens themed meal.

Your trip would not be complete without a night or two in London, where The Museum of London is featuring an exhibition titled “Dickens and London.” The first UK exhibit dedicated to the author in over 40 years features art, photographs, a documentary film and an audio-visual exhibit that brings the author and his works to life.  Don’t worry if you are not able to travel in time for the big day, you can wish Dickens a belated birthday up until the exhibit closes on June 10th.

Unable to make it all the way to London?  That is no excuse not to take part in the celebration.  In conjunction with Foyles Book Shop in London, join the Dickens Book Club on Facebook and Twitter.  Read a different Dickens title each month and participate in the discussion electronically.  For those looking for a more tangible experience in the United States, tour Henry Wadsworth Longfellow’s house in Cambridge, MA.  Beginning on February 4th, the tour will focus on Dickens’ friendship with the American poet and revolve around the British author’s visits to the house.  The Morgan Library in New York City is also taking part in the celebration.  The exhibit “Charles Dickens at 200” has been running since September and will end the weekend following the author’s birthday. The exhibit offers a unique opportunity to view the letters and manuscripts of the author.  For those looking to take a literary journey from the comfort of their own laptop or iPhone, you can also access a selection of the exhibits electronically from the library’s website, including a digital facsimile of an original manuscript of A Christmas Carol.

So whether you plan to celebrate at his birthplace, or from the comfort of your own home, make sure to have a fire extinguisher handy as you blow out 200 candles in honor of Dickens’ legacy, which is sure to last at least two hundred years more.

Jane Austen in The New Forest

Behind The Article: Jane Austen in Chawton